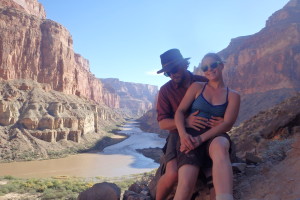 This blog has been in business for five years now.  Many thanks to all of you who follow regularly and give us the inspiration to keep on with our keepin’ on.  You wouldn’t expect that someone like me would find a girl to stick around.  You know, the kind that you can come home to after work and ask:  What would you think of riding a motorcycle across Mexico and Central America for five months this winter?  One who, without batting an eyelash (at least in a bad way) says yes, let’s start planning.  I know where we can get a motorcycle.  I proudly introduce Kelli to freewheelings.com.  It’s been an amazing couple years adventuring far and wide with this marvelous lady and you can expect to hear from her regularly around here.

A Little More About the Two of Us

My name is Brandon.  I’d like to think that I am one who has lived and loved to the extent of my capabilities, but I am plagued by the idea that that may not be true. I have, however, adventured far 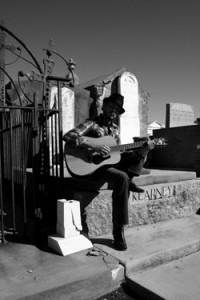 and wide, dabbled in both the exuberant beauty of this fine planet and been a participant and a bystander in its heartbreak, its unsightly side, its untold secrets and niches that skirt the evening news. I’ve been a racing car driver (legal or otherwise), an airplane jumper, a motorcycle rider, an office mate, and a backpacking stranger, a boy without a name and a man with too many. Twice now I have circumvented this Earth. Twenty eight years, a few thousand dreams I can’t quite recall and a few too many fitful rests have left me on the lighter side of 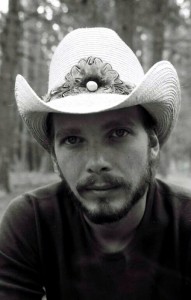 cynical. Even so, I assure you that I was once as idealistic as a young man should be when he laid down his life to abandonment and laced up his boots for the first long walk. As I grow older the sacrifices are greater and after one of many long walks in the Southwest my boots no longer have laces, which make them a tad easier to gear up. Each walk finds itself a little longer than the last, first a week, a month, a few months and then a year. But there is something that keeps you coming back to the place in which you started from, the safety of convention, the ease of the rationed life. This site is a product of the day when the walk became the life, the day when you set fire to your boat on upon the shore and said to yourself I will create my own well being, my own sense of security, and I will do it without the aid convention to any extent greater than that that I see as wholeheartedly fit, without the parameters set forth by a system that’s design has been construed into something that prohibits artistic, spiritual and philosophic growth.

You check out my sponsers and I get to eat, pretty neat right?